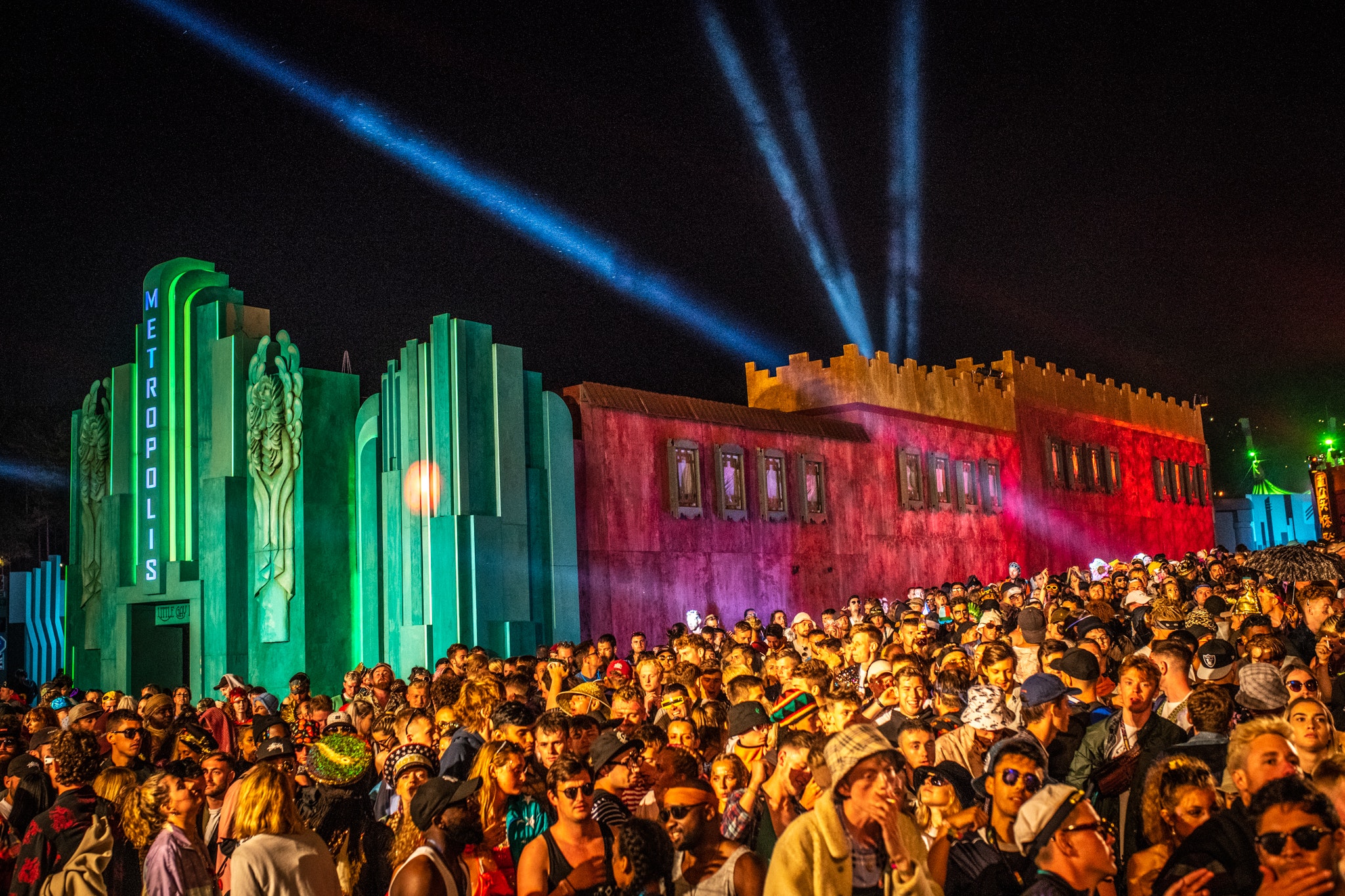 It’s festival season again and fun-loving souls from around the country have been packing their wellies, cramming onto trains and planes, and escaping to the wilderness in search of freedom and liberation.

Part of what makes a festival so magical and such an escape from normality comes down to so many things, particularly the music, the spirituality, the creativity and the eclectic mix of people who gather. Like minds who come to get lost in a weird-yet-wonderful world of self expression where anything seems to go.

With so much creative thought going into making a festival so captivating, it makes sense that along with the music, spirituality and self expression, so too comes art and design. 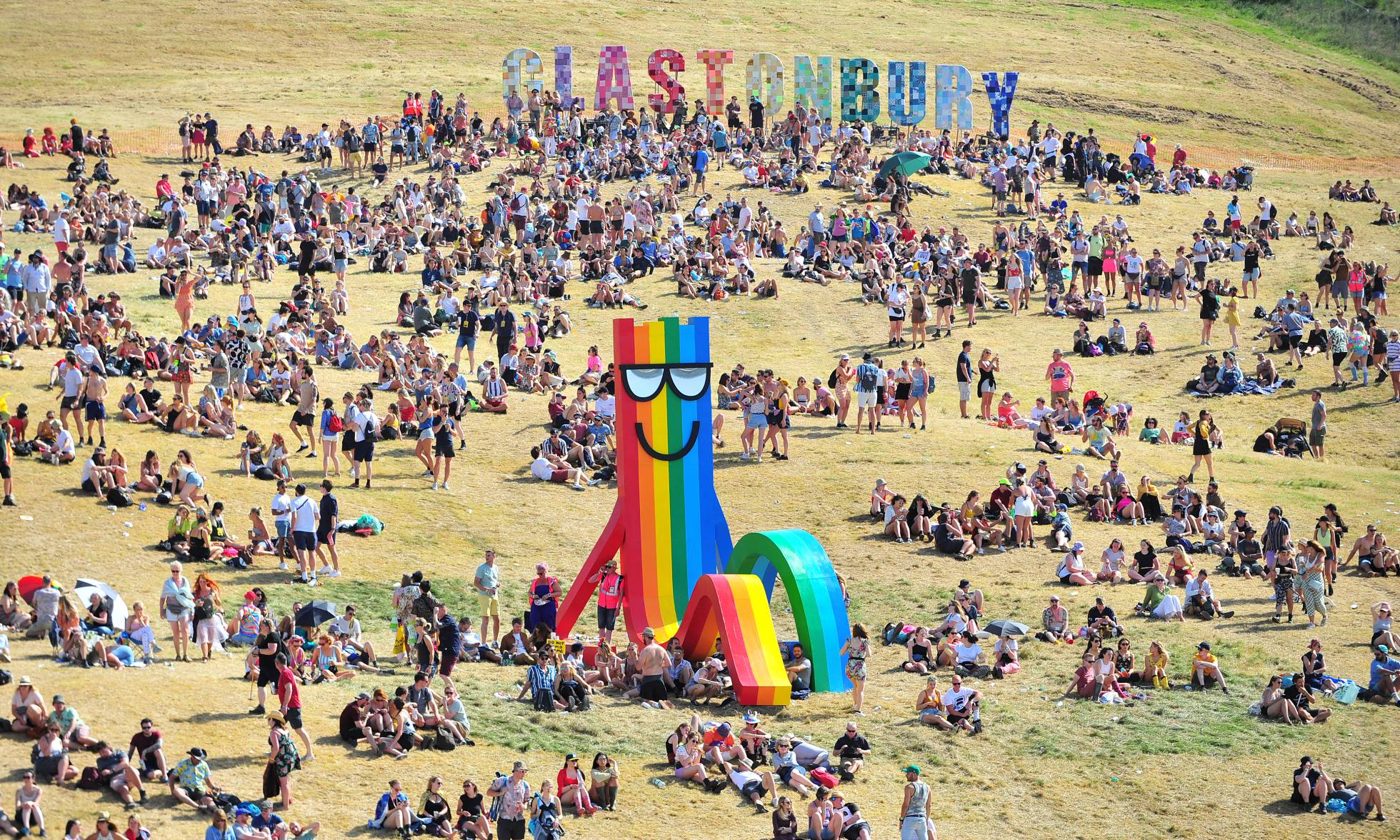 One of the biggest festivals in the UK, Glastonbury, is renowned for its creativity and art. Everything from the menial print materials such as posters, t shirts and programmes to their more elaborate, big scale stage designs, firework productions and beautifully crafted themed areas. Even the bins and the flags have been meticulously and lovingly handmade by a huge team of creatives. It’s all of this detail that creates the epic, magical effect that makes Glastonbury what it is.

From one world-renowned festival to another, one that prides itself on its huge creative output is Burning Man in Nevada, USA. The defining concept behind the event is to experiment with ideas of community, self expression and art. 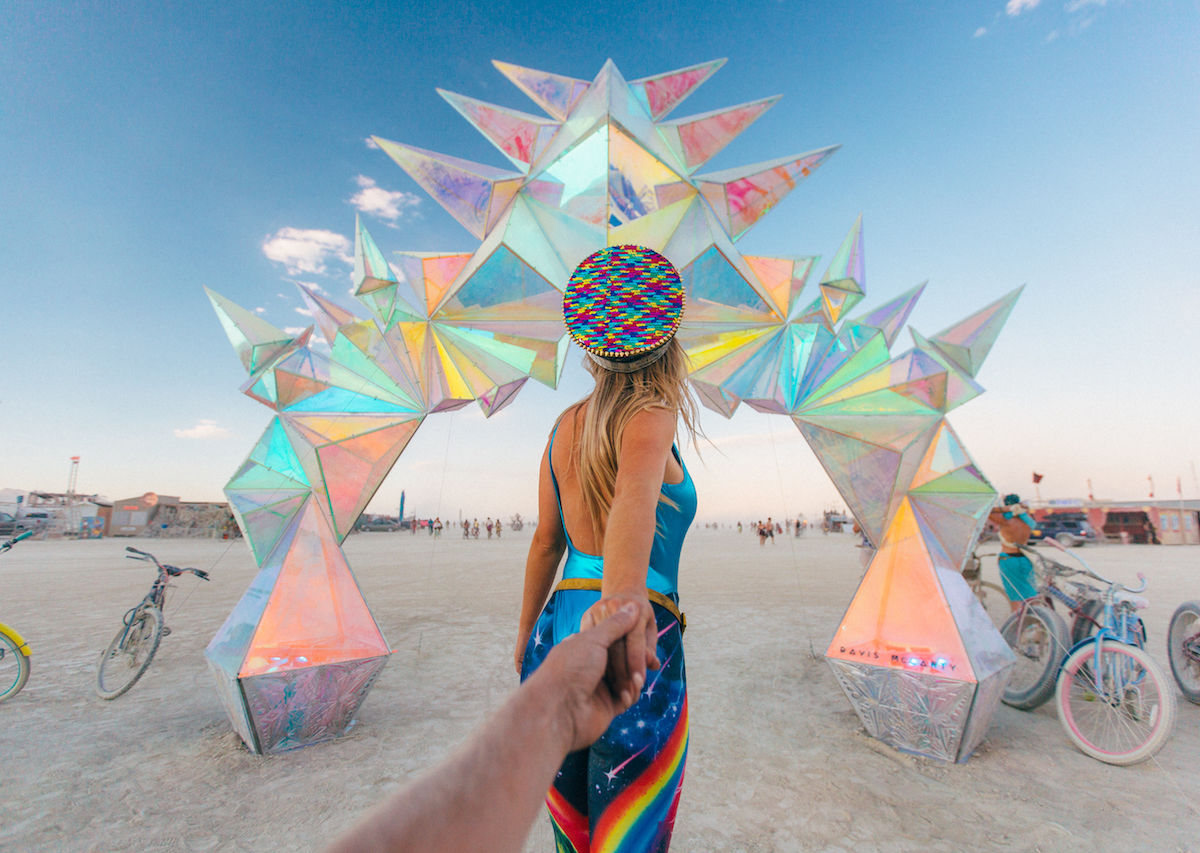 The desert based event began its days in 1986 as a bonfire ritual on the summer solstice when a few friends met on a beach and burned a 9-foot wooden man. This idea of burning effigies as a way of self expression soon became synonymous with Burning Man and now participants attend to showcase their own creations. This could be anything from huge art installations and sculptures to performance art or even building their own cars to get around the festival. The end result is a barren landscape filled for one week only, with bizarre, fantastic creations celebrating art, participation and the giving of self expression. 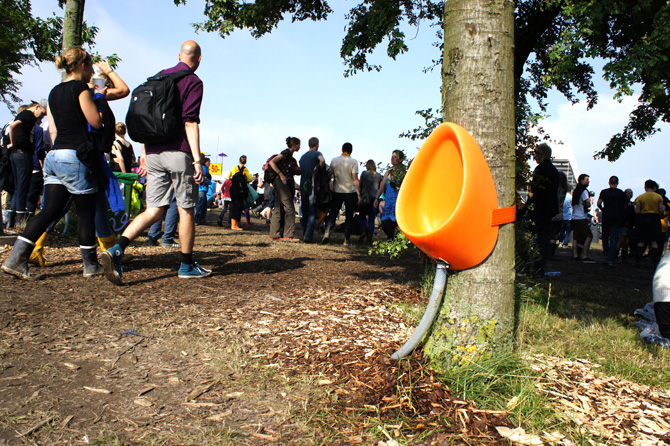 Other, less-known festivals around the world are also putting themselves on the map with innovative design and creativity. Roskilde festival in Denmark came up with an ingenious way to reduce urinating on the ground after thousands of woozy drinkers made their way home from late night partying. These tree-mounted urinals by Dutch designers Aandeboom can connect to either the main sewage system or a tank. Made of mounded plastic and harmless to trees, the P-Wee successfully reduced public peeing during the festival, without having to take away that all important ‘free’ feeling! 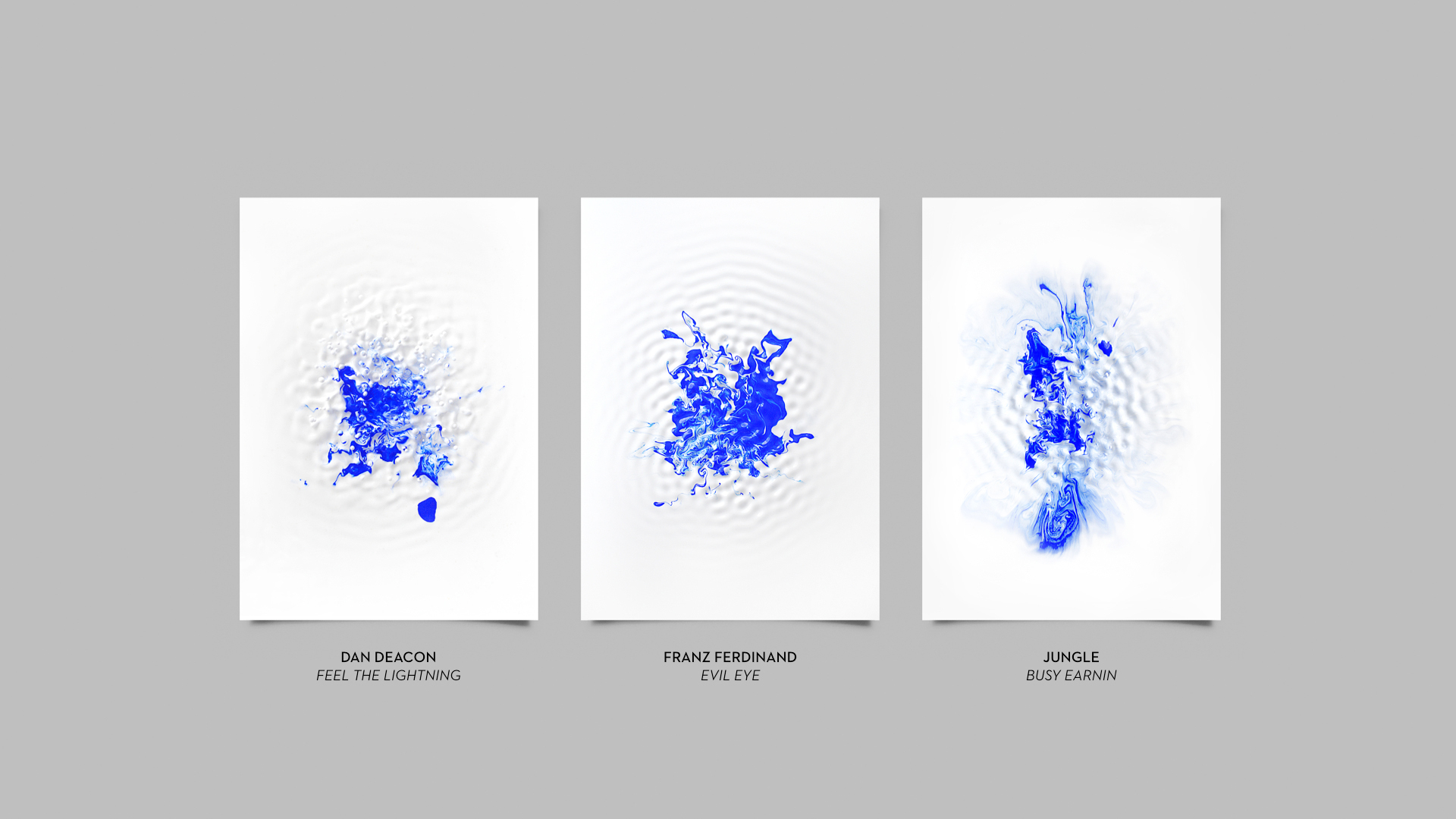 In Switzerland, Noise festival, which had its final event last year, impressed with their abstract campaign design based on the concept of sound. The event started out as a rock festival in the early 90s but over the years its line-up diversified and they wanted to shout about it. Swiss designer, Alexandre Pietra created these striking, visual representations of songs played at the festival by putting blue paint on top of a loud speaker playing the song. The slower songs created fluid, smooth shapes in the paint whereas the heavier rock songs produced frantic peaks and messy lines. Yet another great piece of festival design.

So, whether it be a production team’s planned vision or the spontaneous creative outbursts of the festival participants, design continues to play a huge role in festival creativity. And with new festivals popping up every year and endless design talent emerging, they can only go on to become bigger, better and more beautiful than ever.

Laura Lidstone is Lead Designer at NU Creative, specialists in design and branding.

NU Creative have been supporting companies like HIREWORKS, CHaL and Gerald Edelman with their rebranding projects. We are passionate about creating truly stand out brands for our clients. Get in touch to find out how we can help you evolve.

The Role of a Studio Manager 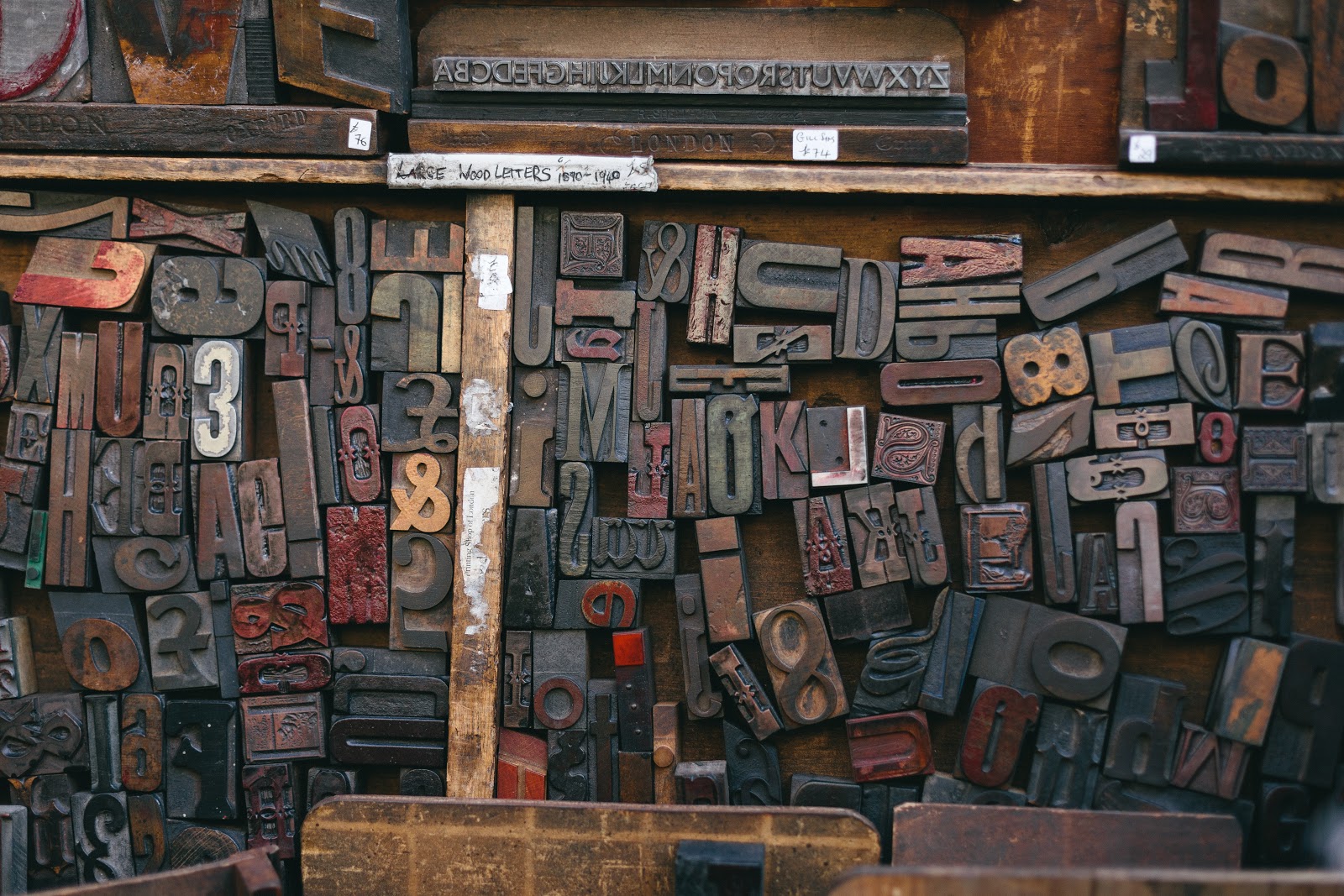 There's more to a font than you may realise 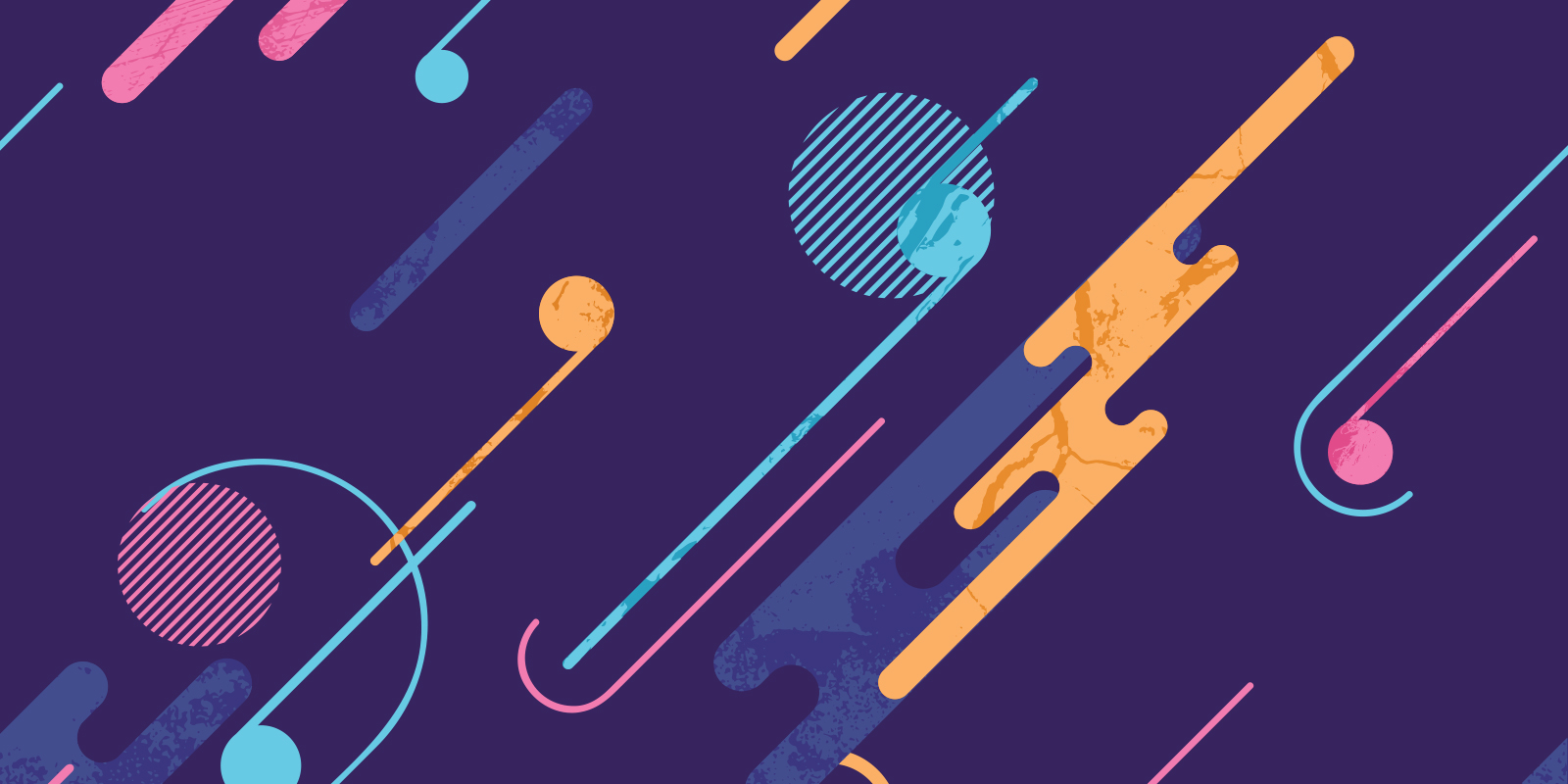 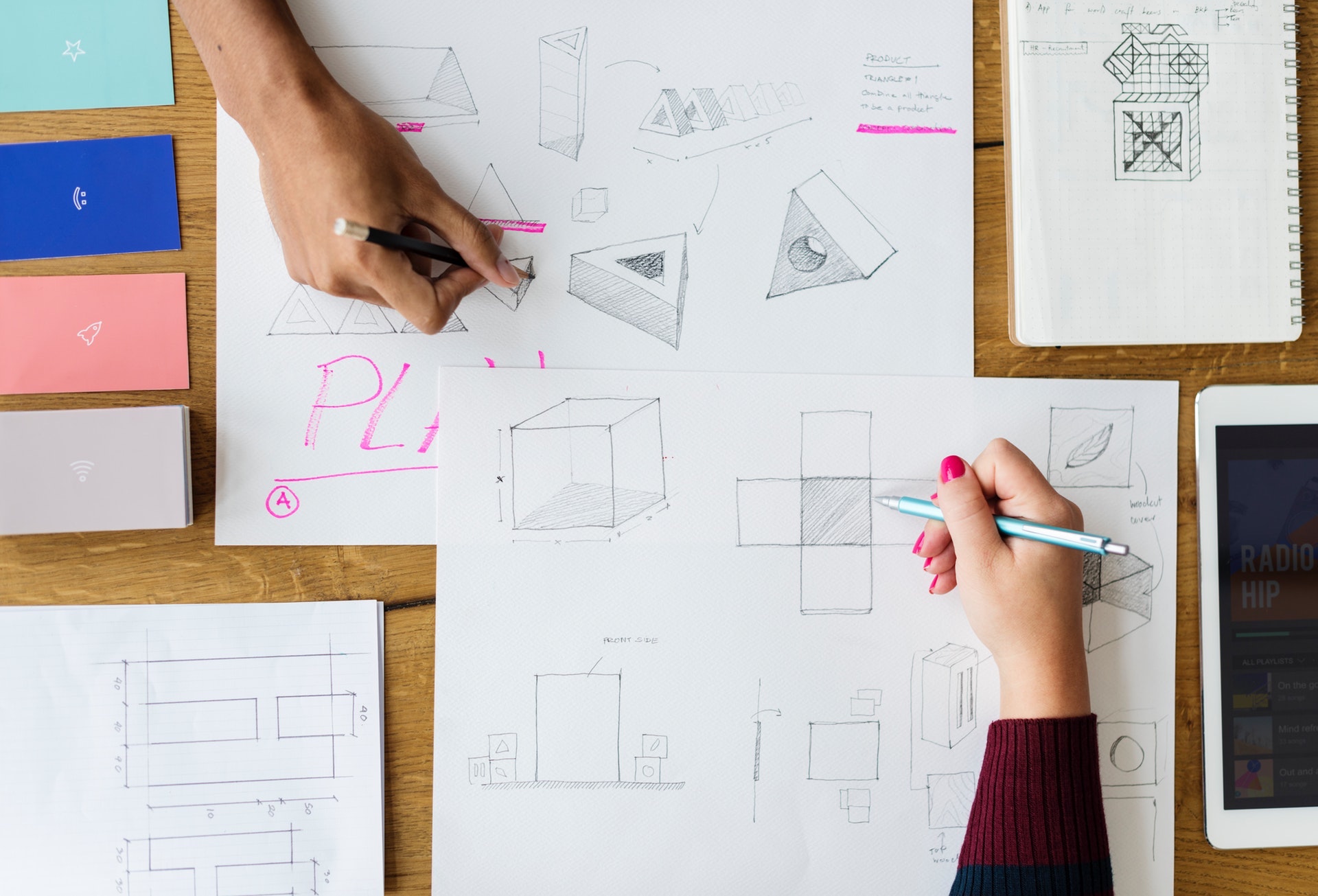 What makes a good creative brief?