Design for Digital and Delight

As our world became more and more digital throughout the 2000s, the start of the 2010s signals another ten years of design being heavily influenced by web and digital design. 2010 marked the end of a teething period when the influence of Web 2.0. and HTML5 meant user friendly web design and visual aesthetics didn’t cancel each other out. In 2010 you could have both clear communication and a remarkable design. Spoiler alert - by the end of the decade, this was expected and instantly dated any website that wasn’t both easy to navigate and easy on the eyes. No matter what trends influenced the actual design elements, this has remained consistent. 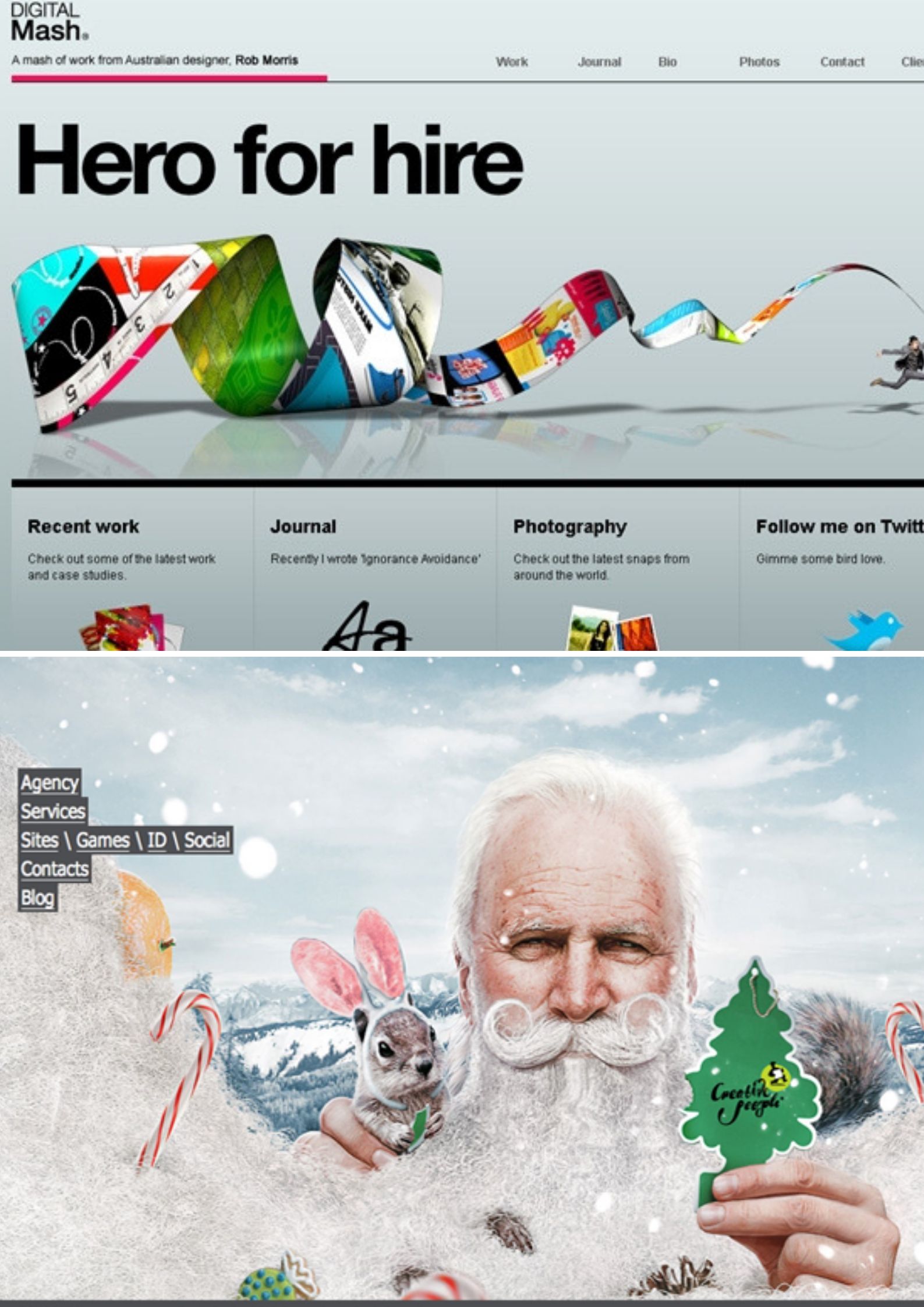 G is for Gradient

Gradients have been so popular in the 2010s, depending on how you look at it, they’ve either come in two waves or they’ve remained consistently popular. The first wave was early in the decade in line with the trend for flat design. Before people went all the way with pure minimalist designs, gradients were used to add interest and depth but maintain a sense of minimalism. More on gradients later in the decade. 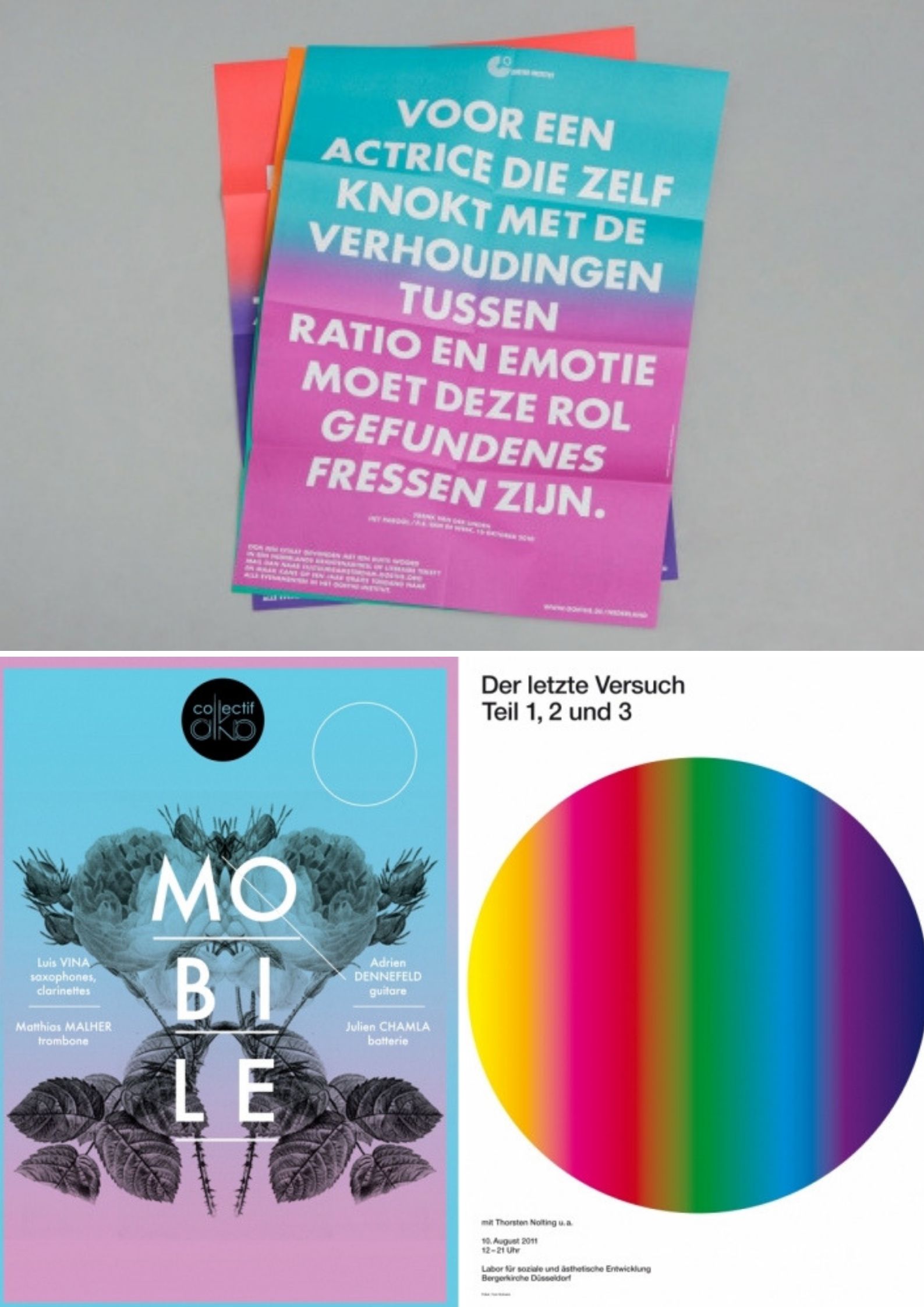 Graphic design in the early 2000s was very overclocked with as many effects and elements as possible. Ink splatters, funky textures and sun rays were everywhere to be found and it became very noisy, very quickly.

In 2012 however designers began to push back against that and returned to simplified design styles. Designers began paring back extraneous fluff and refocused graphic design back into communicating information as clearly as possible. Stripping out unnecessary elements to leave a neat and clean aesthetic, subtle typography, and fewer but bolder colours.

Of all the trends on this list, this had the largest impact on design to come. 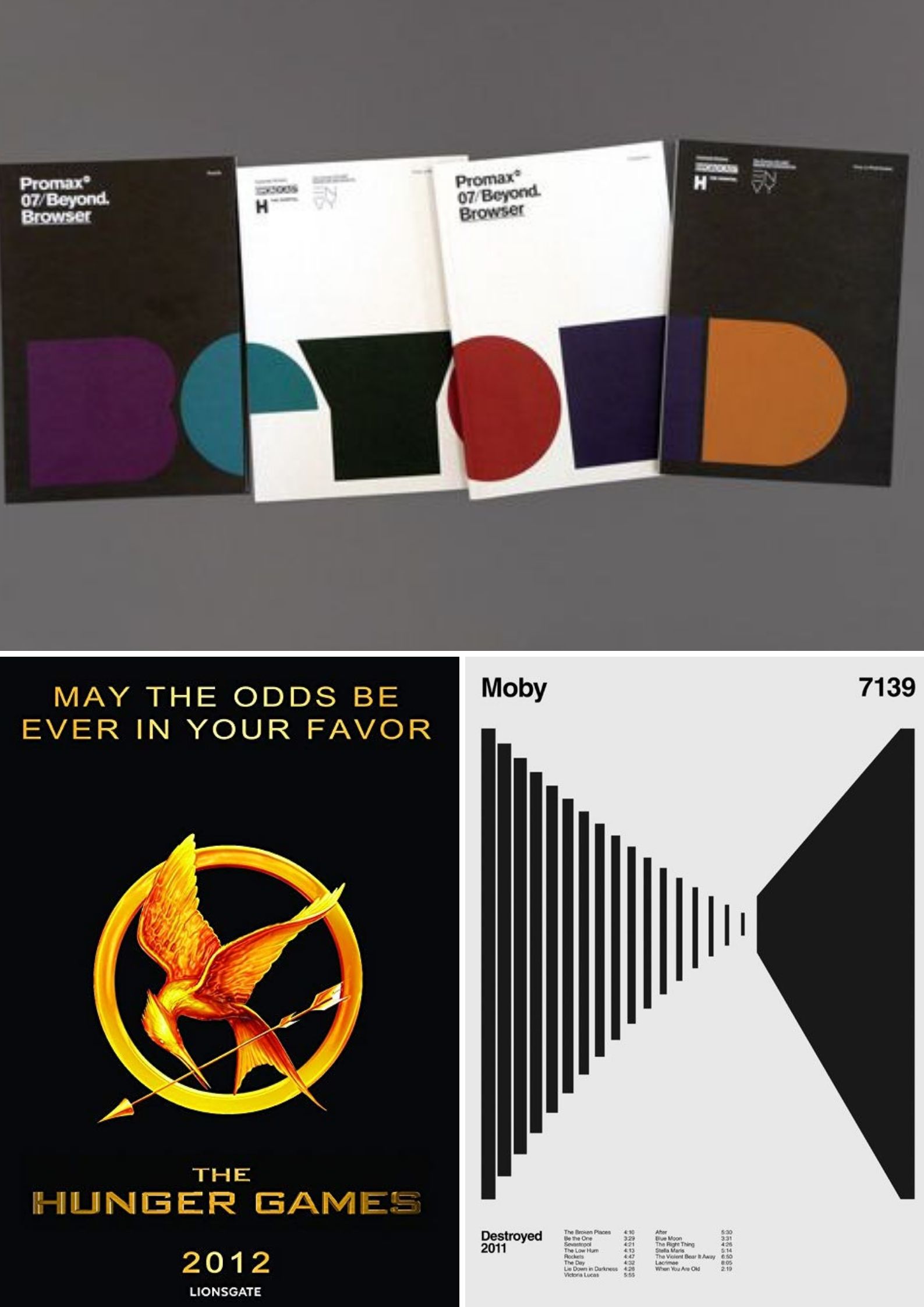 2013 was a very competitive year for smartphones. More and more people were using mobile phones as their primary use of internet browsing, with tablets fast becoming the device of choice for people who didn’t want to invest in a computer or laptop outside of work.

Designers started to realise that they needed to design for a wider range of experiences and fit their content to different sizes and elements. What was born was responsive design. User experience went to the forefront of digital design importance and and lead to an expansion of what a website could and needed to look like. 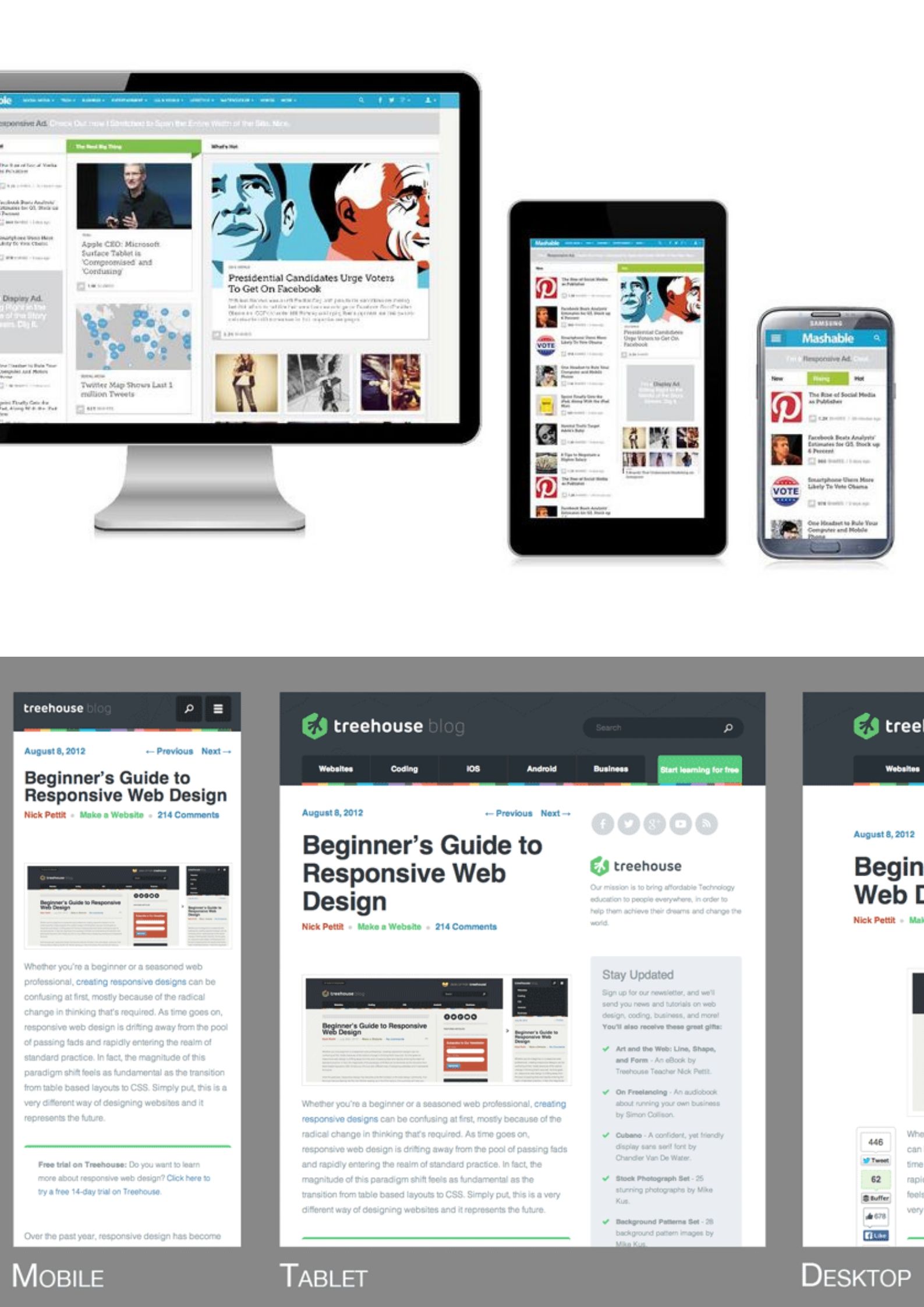 In 2014 digital and UI design took its last steps away from the realistic look of Skeuomorphism. Bevels, drop shadows and detailed illustrations gave way to the flat simple shapes, bold colours and abstract shapes.

Flat design was a breath of fresh air compared to the detailed skeuomorphic design of the past, and the freedom lead to an explosion of varied illustration styles and icon design. Flat design would continue to develop and grow over the rest of the decade. 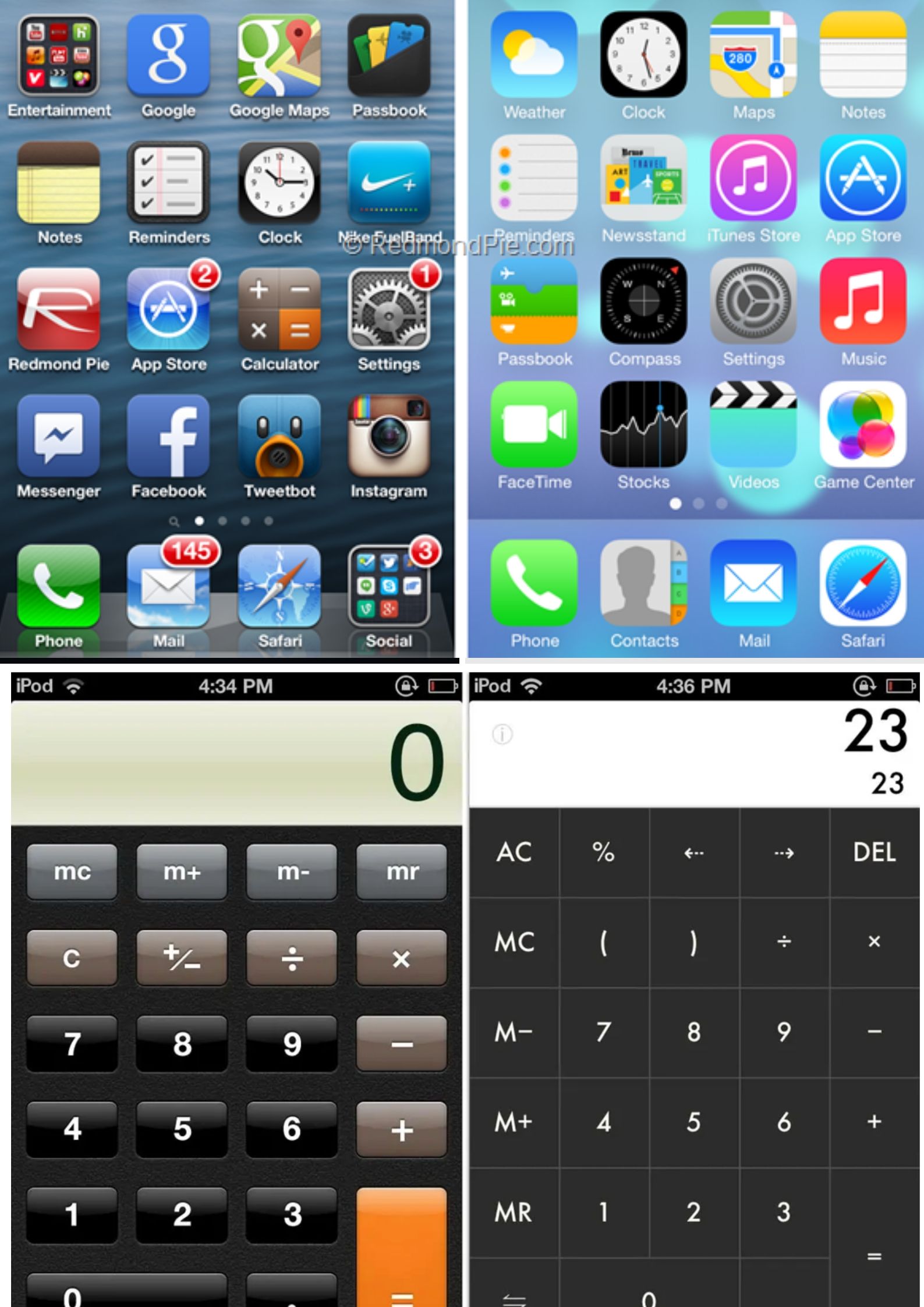 If you’ve ever opened Spotify before, then you’ve seen this style. Duotone in 2015 was everything designers loved. Bold colours, bold imagery and minimal elements. A sort of rebirth of colour play, duotones allowed designers to say a lot with a little.

Whilst spotify popularised the look to make bold and loud statements, duotone proved to be much more versatile than expected. Traditional and conservative looks could also be accomplished. The New York Times and Holm Marcher & Co used the look to engage and excite clients whilst still keeping a mature look.

The accustomed designer got to the style, the more complex and creative the designers got with incorporating them with their designs. Leading to Duotone leaking out of web design and making its way to packaging and print. 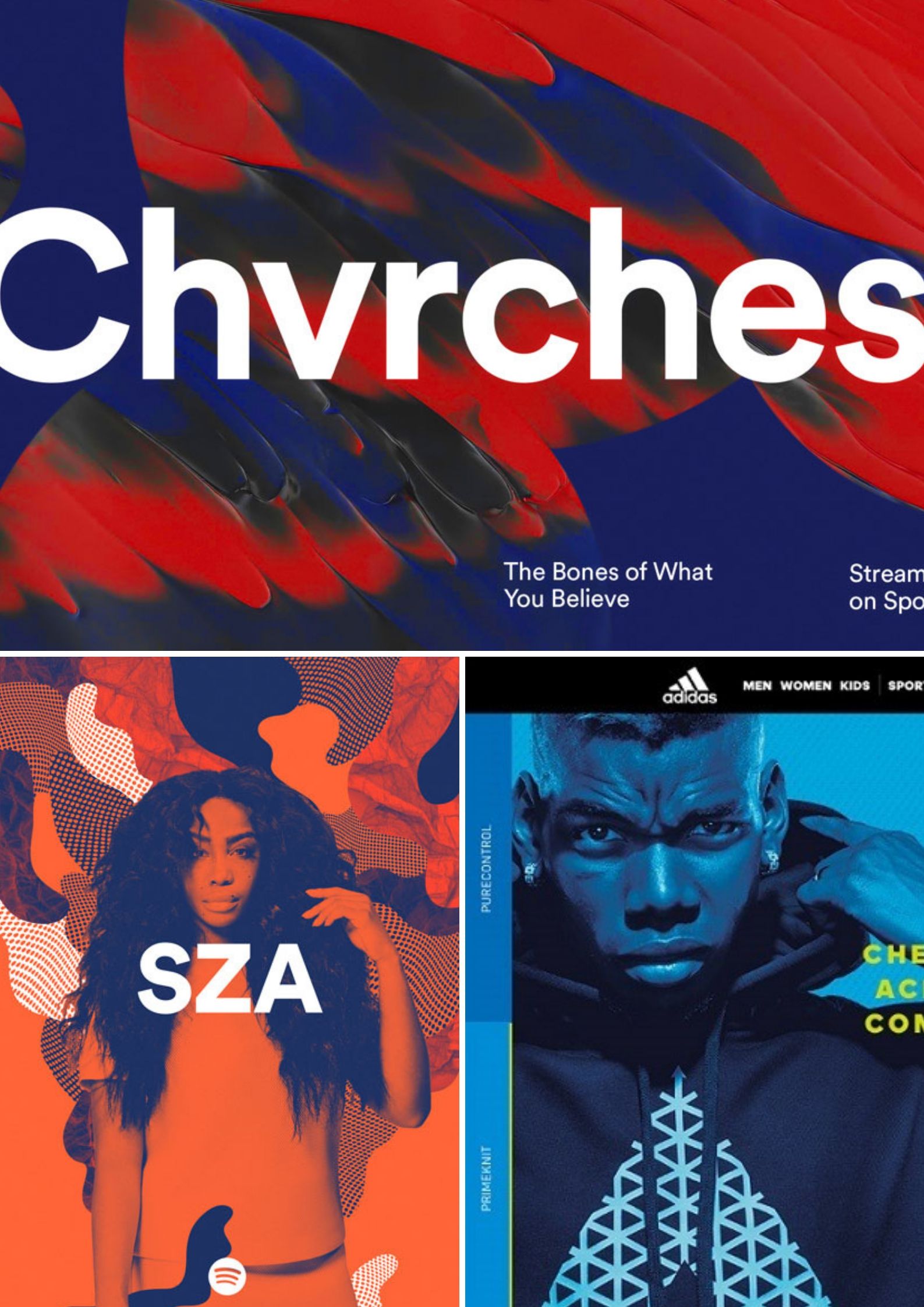 Branding, much like fashion come in two lanes, those that stay timeless, and those that become dated soon after. But even the most iconic brands need a refresh from time to time. Logos have to go much further now. Not only looking good fully printed on a billboard, but also when shrunk down to 80 pixels on the latest smart watch.

Starting off the year megabrand McDonald's rolled out it’s new packaging design, stripping everything back and in the words of branding agency Boxer, causing function as a "mobile billboard", and after the success many other brands took notice. Mastercard took a massive leap mid year and partnered with Pentagram to simplify their brand. Isolating their core elements to modernise the company, whose visual look hasn’t changed since 1996. And with that the game was afoot, everyone from Airbnb to Dropbox followed suit, refining their brands to work not only in a modern context but for any and every medium the future will bring. 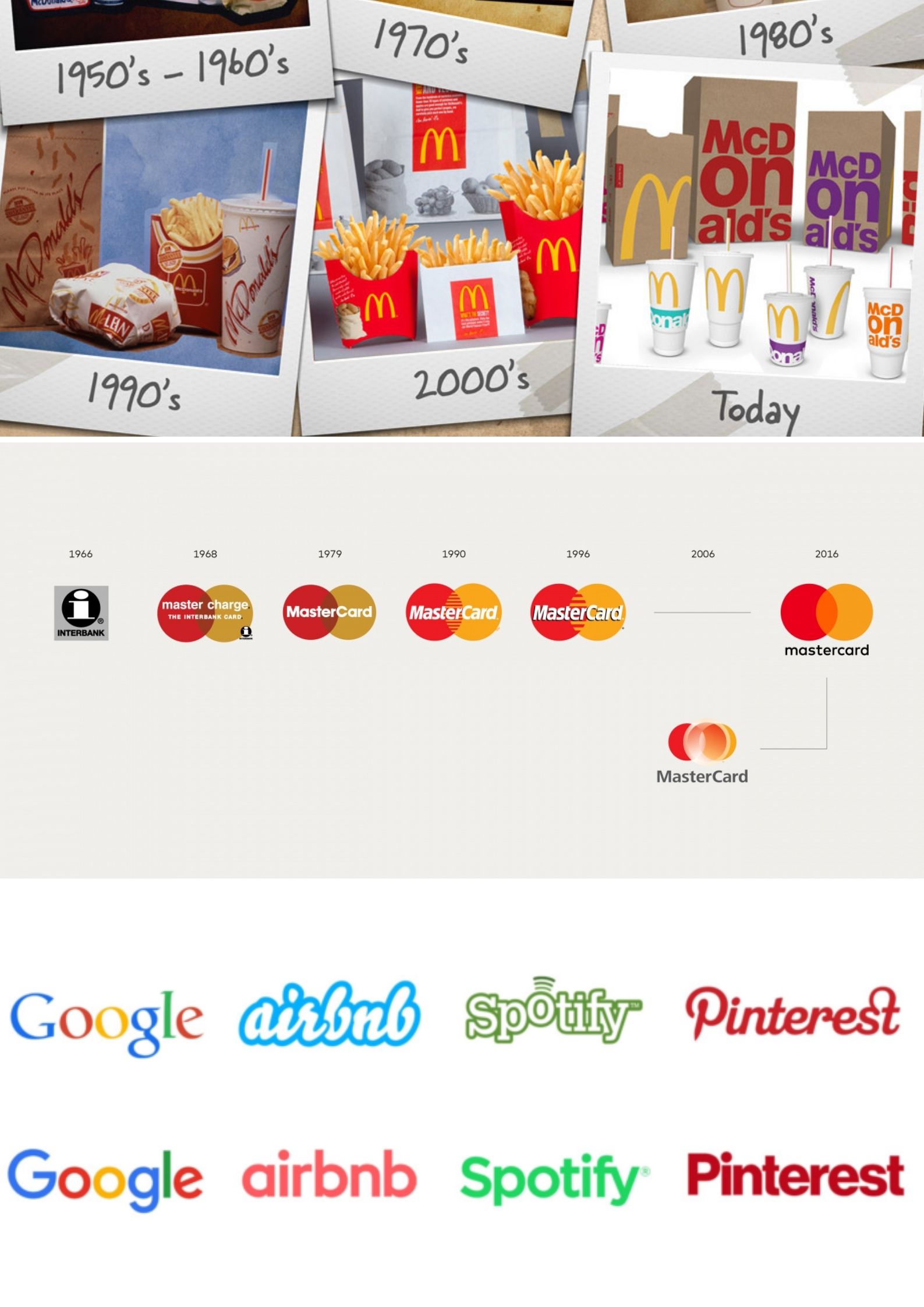 Few design trends split designers much like Brutalism. Depending on who you are, it either looks like some dystopian nightmare or a striking expression that demands to be seen.

Regardless of where you fall, most would agree that Brutalism breaks through the clean and polished design that had become the standard of the decade.Many designers feel for freedom that Brutalism brought to the table. Starker colours, rough typography, but most importantly a youthful feeling of rebellion. It was a style that was hard to do correctly, so didn’t become as mainstream as many other trends on this list, but it pierced through just as much. Taking a hold in print and digital web design, breaking every rule while redefining a few along the way. 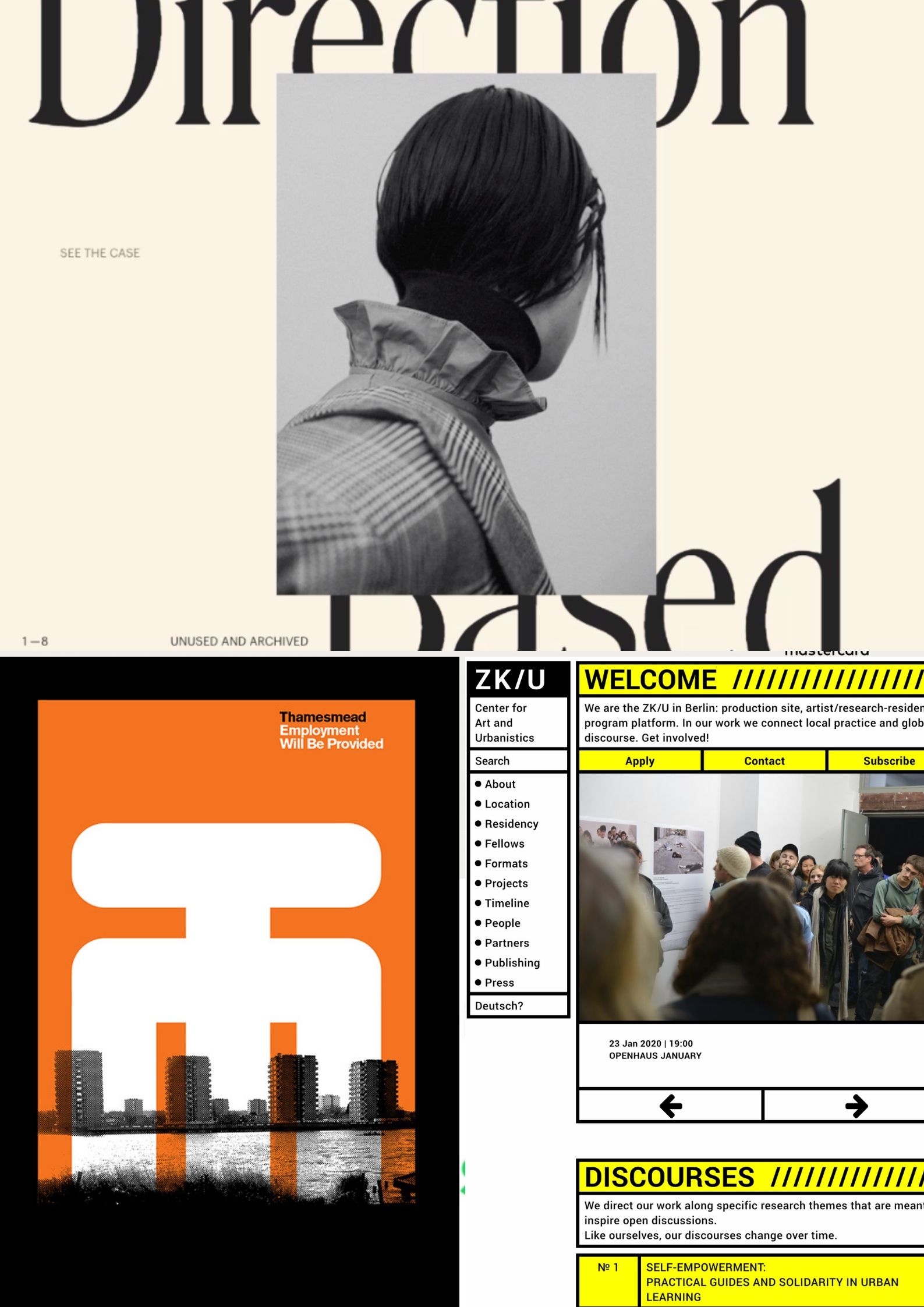 With the birth of flat minimalist design, gradients began to make a quiet come back in all forms of design. But 2018 was the year that gradients came back - again - in full force. The energy and vibrancy that came with the attention grabbing look that felt new and unique in ways single colours couldn’t replicate, no matter how bold.

While soft gradients resurfered in 2011, what really brought them back in full swing in 2018, was the exoit uses of colour, super saturated hues and tones that allowed for the gradient to almost be the design itself. Sort of a marriage between earlier flat design and the birth of duotone, gradients became complex statements and expressions of emotion that did more than just add a variety of colours, they enhanced mood and emotion whilst adding depth and detail to everything from flat illustrations to bold photography. 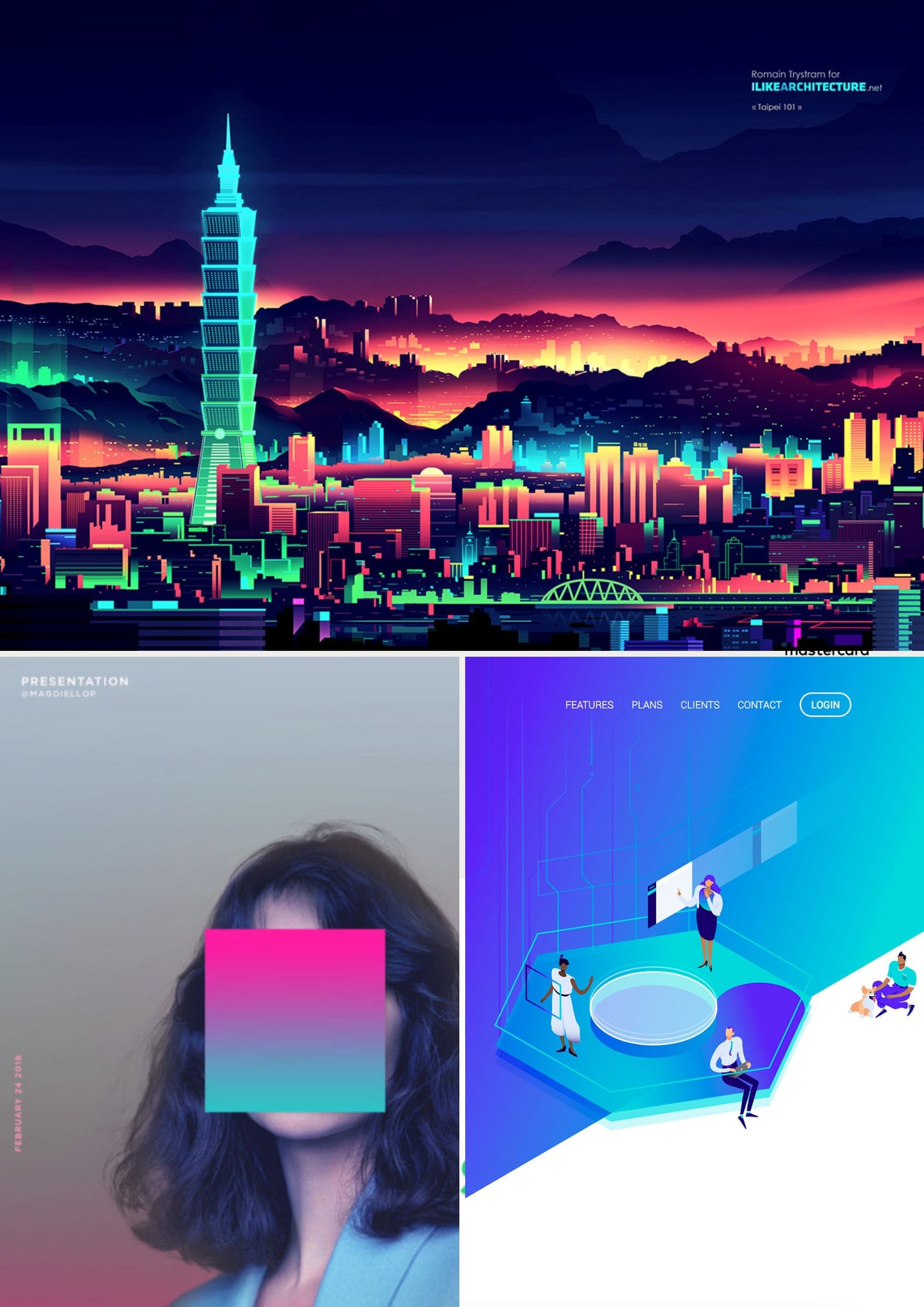 Design tools advance and change every year, and with that what we as designers can do opens up more and more. 3D design possibilities have elevated everything that came before it this past decade.. Flat illustrations and abstract shapes kept their style but gained depth and perspective that they had never been able to replicate flatly. Minimal colours, gradients and duotones came together and moved forward, creating contrasting complementary palettes on 3D models. Letterforms had new life breathed into them, adding punch and composition to fonts of all styles, serif, sans-serif, script, all can be rendered in 3D.

Most excitingly this move to 3D didn’t leave 2D in the dust. 3D elements began getting mixed into traditional 2D design, allowing for not only more flexibility but also a sense of movement. 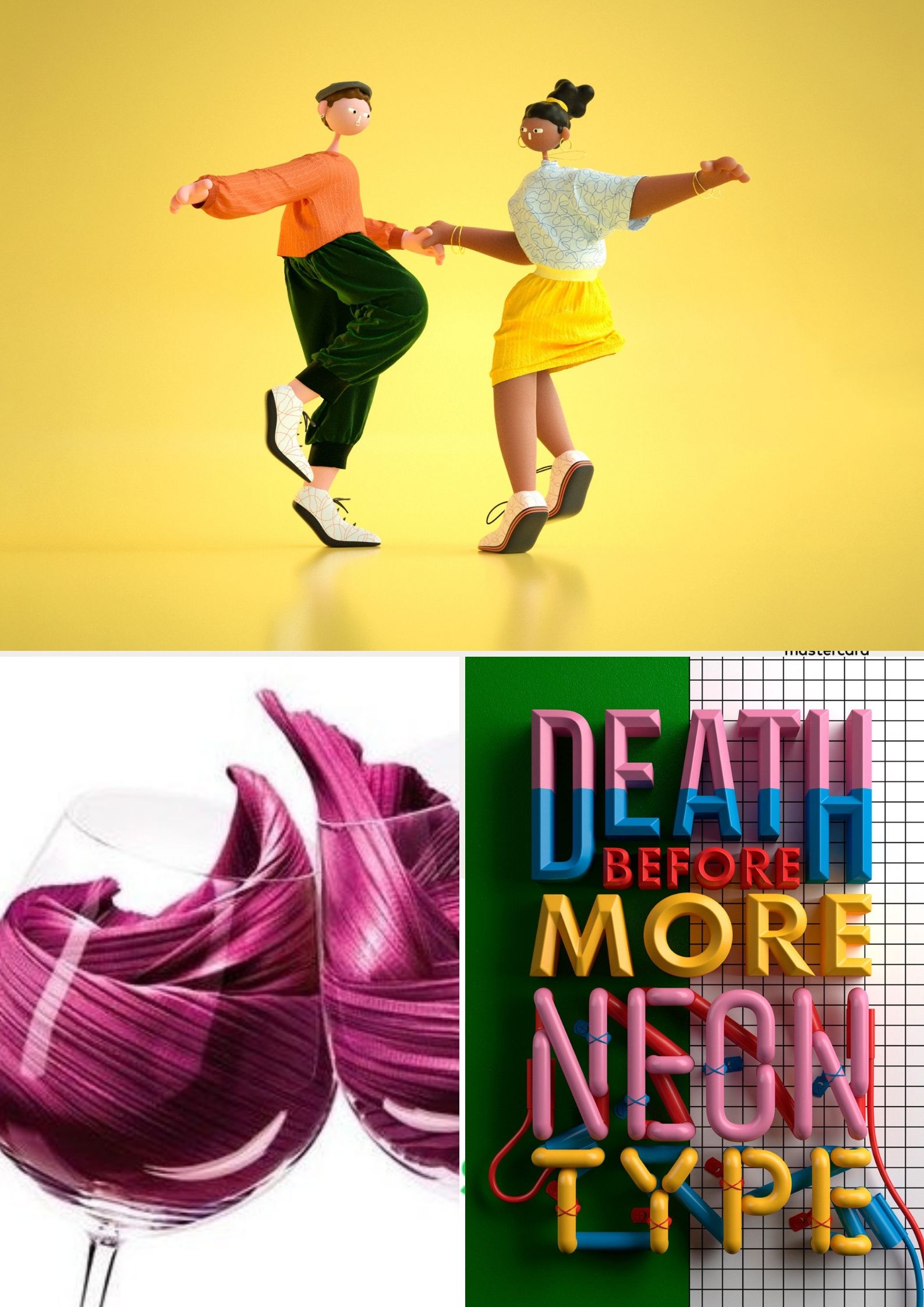 What does ‘Bid Innovation’ really mean? 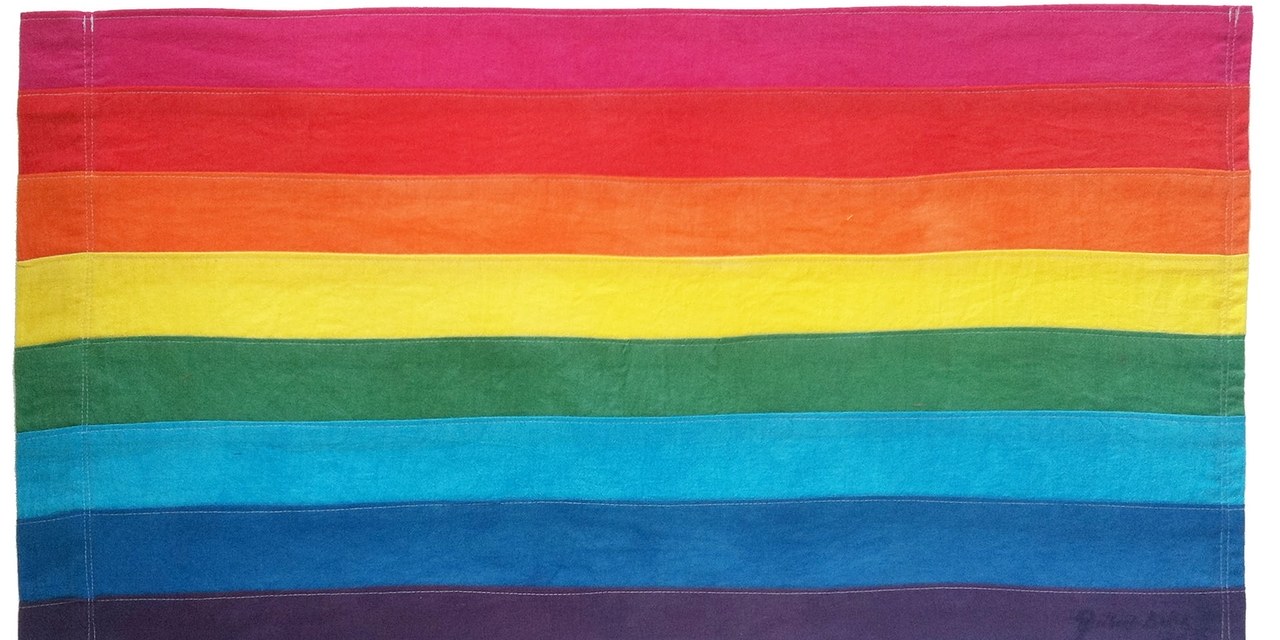 50 Years of Pride - The History of the Rainbow Flag

NU Year’s Resolutions For Creative People, From Our Designers

Is a minimalist approach to logo design coming to an end?